About Contact Us ROC Jazz Artist Sites Info for Musicians & Venues JazzRochester Merch
It's cold outside, but there's some hot jazz in town . . . .
Listings? . . . We don't need no stinkin' listings.... 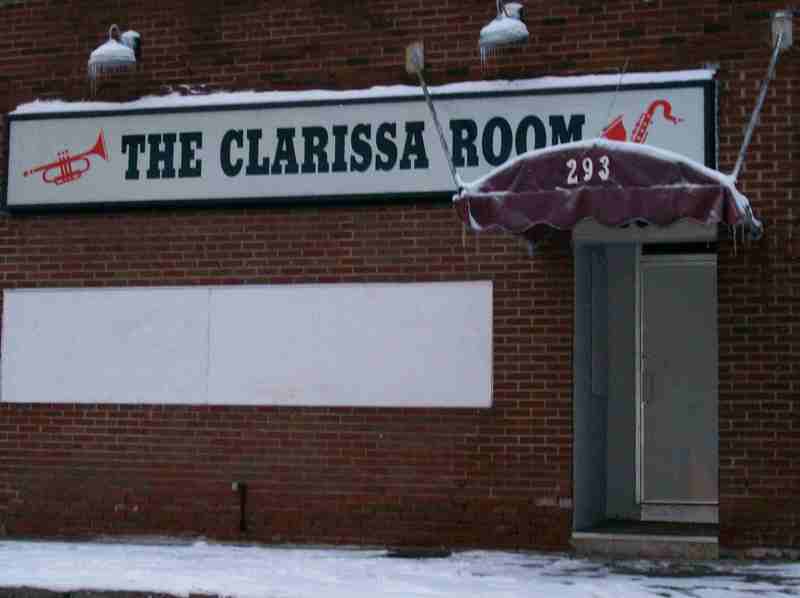 Yes, it's true.  The Clarissa Room in Corn Hill has closed.  I had to drive by to make sure what I'd heard was true and, as you can see, as of Friday evening it was boarded up.  For those of you that had never graced its inside, the Clarissa Room was in the space that was formerly Shep's Paradise in the Corn Hill neighborhood, an area of Rochester that has a rich tradition in jazz and blues.

The Clarissa Room was all about the music.  That's what made it special.  Although jazz was prominently featured, it also carried on the blues, R&B and other traditions of its location.  The Clarissa Room was the one club in Rochester that reminded me of the jazz clubs I grew to love in Chicago in an earlier life.  The club was not pretentious. Your drinks were always served in a wide variety of free glassware from the liquor distributors.  I've spent some time there (see here, here, and here).  After Shep's closed following 3 decades in business due to back taxes, John Starr took over the building and transformed it into the Clarissa Room.  A year later, Starr was dead and, as I understand it, his family took over running the club.

The website for Clarissa Room now has an indication that this may be temporary.  It notes that the  club is "currently closed due to legal matters within the family" and provides a telephone number if loyal patrons would like to help. They also suggest you can show your support by patronizing Smokin Joe's over at 425 Lyell Avenue.  Perhaps it isn't their swan song; just a hiatus while they hash out the estate.  It'll be a shame if Rochester loses this venue to see live music as it was unique.
Good luck, Starr family!