About Contact Us Join Our Email List ROC Jazz Artists Musicians & Venue Info Livestreams
Bonerama goes back to high school . . . Pittsford-Sutherland, that is
There's jazz to hear around Rochester over the next week . . . Check it out!

Continuing the outstanding Exodus to Jazz series this year, series producer Jose DaCosta is presenting the Tamir Hendelman Trio, with Todd Coolman on bass and Dennis Mackrel on drums. Hendelman has been to Rochester before—he received a Bachelor of Music Composition from the Eastman School of Music in 1993. Since returning to Los Angeles in 1996, Tamir has been in demand as a pianist and arranger, and has toured the U.S., Europe and Asia. 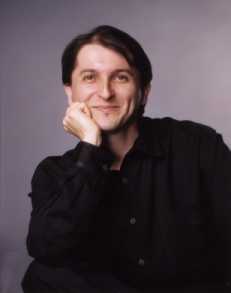 It was a satisfying but strange feeling to...hear a new young voice make some exhilarating and thoughtful solos in the spaces that I used to occupy in those pieces. ...I look forward to hearing more from him.

Doug Ramsey wrote in a JazzTimes article on a 2000 performance of the Jeff Hamilton Trio that:

Hendelman's playing is firmly in the tradition of Peterson and Green, particularly in regard to its strength and swing, but his touch and use of dynamics... displayed an individual dimension of his talent that warrants greater exposure."

Exodus to Jazz has brought in another set of world-class jazz artists to play for us.  Come out and support it so they keep coming back!  The showtimes are at 7pm and 9:15pm at the VENU Resto-Lounge and Niteclub on St. Paul in Rochester. Ticket info is available at www.exodustojazz.com and you can reach Jose Da Costa at (585)733-7685 or exodustojazz@aol.com. According to Hendelman's site, the Trio will be doing a jazz clinic at the Eastman School at 4:00 pm on Friday, November 30th.

Watch for the heavy-weight piano smackdown of Mulgrew Miller and Johnny O'Neal coming on December 8th at Exodus to Jazz.