About Contact Us Join Our Email List ROC Jazz Artists Info for Musicians & Venues Livestreams
Seven days of jazz in Rochester . . . served with a smile (well if you could see me, I'm smiling)
Some exciting developments for the Exodus to Jazz Series! 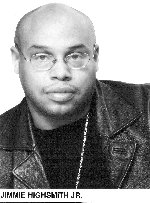 Last night I got home from work and before I had moved completely into a post work week stupor, I got a call from my friend saxophone player Jimmie Highsmith Jr. While I knew Wycliffe Gordon, the fantastic trombone player with the Lincoln Center Jazz Orchestra and former veteran of the Wynton Marsalis Septet, was in town to play a concert with the kids out in Hilton, Jimmie told me that he might show up later at Jimmie's gig with members of Filthy Funk at the new Club Network over on Central Street near the old Post Office. Getting to hear Wycliffe blow live is always a treat, and I enjoy hearing Jimmie and Filthy Funk's jams so I headed downtown. Typical for a lot of venues in Rochester, Jimmie and the Filthy Funk were playing to a house of maybe ten, most of whom weren't paying too much attention. As they played a second set, still no Wycliffe, the place started filling up and people started noticing the funky sounds coming from the back of the room (really liked the version of Wayne Shorter's Footprints and Mr. PC, a Coltrane tune off of Jimmie's most recent album, It Is What It Is.

A third set started and it seemed that the fates had kept Mr. Gordon from joining us on this night. About a half hour before the end of the final set, in walked Wycliffe Gordon. He set up and then blew incredible solos and fills during the two last songs. I'm sure some of the folks in Club Network that night didn't know that they had just heard one of the best jazz trombone players in the world blow.  And boy did he blow . . . .

That would have been a treat! Though I got to see my friend, Tina Albright, sing and she was lovely as always.

By the way, I finally learned how to post photos on my blog! I have a few from the NAMM trip--me with Victor Wooten! That was a also treat. I hear that he's coming our way in April. I'm hoping to get to see him.

Hope all is well with you and your wife.
T