From some local friends to a visit to the Doctor to a ukelele god . . . all in Day 5 of the Rochester International Jazz Festival 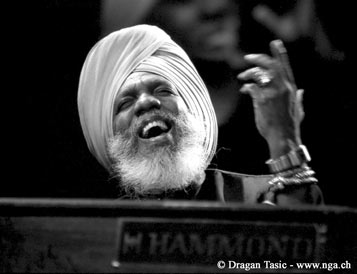 Lots of local friends playing on Tuesday, June 17th, Day 5 of the Rochester Jazz Festival. While there are certainly some others worth checking out, including Slide Hampton and Jacky Terrasson, Of course, there's also Gillespiana: A Tribute to Dizzy Gillespie conducted by Jeff Tyzik with special guests Jeannie Bryson (Dizzy's daughter) singing, Byron Stripling, trumpet and Gerry Niewood on saxophone a 21 piece Jazz Orchestra. The reason Jazz@Rochester is out there is to support the local scene, so I'll start out that way and perhaps catch some other interesting entries along the way:

My wife and I are coming to Rochester on Monday for our first time. Your site has been much appreciated.

I just planned out our first night...

who knows what will happen???

I just saw David Liebman play with Kevin Mahogany. He was great.