About Contact Us ROC Jazz Artist Sites Info for Musicians & Venues JazzRochester T-Shirts
Live shot from Iridium NYC...
Don't need no gopher to tell me there's more winter to come ... here's some jazz to warm you up... 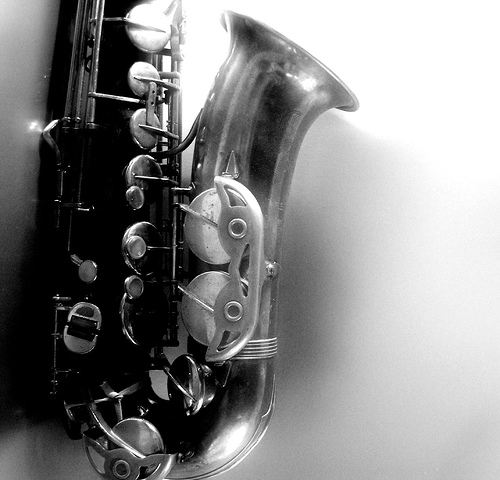 I don't generally note the passing of jazz greats on a one-by-one basis, choosing instead to note the passing of those who have had a connection to the Rochester area. However, local jazz bassist Fred Stone forwarded this list of 40 who were associated with jazz and died in 2008, as compiled by Stephen D. Harris of Pasadena. As harris notes, it may not be entirely complete (and that is inadvertent), but since it brings it all into one, I thought I'd share it with my readers, some of whom may have known these artists and, perhaps, may not have known of their passing:

Feel free to add others you may know of who were omitted in the comments.

And then, of course, Ralph Ortiz, February 2, 2009. Maybe not just a jazz musician, but overall an incredible musician and teacher, as well as a wonderful person. What a loss for us.

Re: Remembering the jazz fallen of 2008:
Raymond Edward "Ed" Fenner III: (aka the "KC Jazz Voice"), 70. Ed was a tireless supporter and champion of jazz in Kansas City and region.
His "Jazz Notes" email news letter reached thousands. He regularly attended and wrote about KCMO jazz events. He is dearly missed.

Ralph... Though we didn't play together in recent years, I'll never forget our times in Jimmy Richmond's band Saratoga back in '78. Even as jazz is my forte, I'd always tell people, there was more creativity going on in that funk-rock group than in any jazz group I was playing in at the time. And that was 'cause of your "big" responsive ears and your open curiosity to always explore new musical avenues. We may've played a similar program every night, but never was there a routine night without highly spontaneous musical surprises--sometimes even humorous!--going down, thanks to the freedom of expression Jimmy encouraged in us, and thanks to the rapport we had as a band, and particularly how you and "MeeTah MeeTah" Dave Acorso clicked.

When we'd bump into one another over the years since Saratoga and The Glass Onion, like the last time we'd meet, a few years ago in Rubino's parking lot, we'd still laugh at the sheer musical fun we had back then. Yep, you and that ever welcoming smile of yours.

Well, hey, man, maybe you're "up there" thumpin' with Dave now.

And I just wanted to say how I regret not knowing you'd taken ill, much less had left us. But my memory of you is of musical life. Like I say, you gave me--and tons of other musicians--high points in our careers. You were humble, loving and EXEMPLARY not only as an artist but as a person, and I wish I could be more like you, Ralph.

And, cool, I hear you were checking out your Latin roots with Jose (Gonzalez). Right to the end, still exploring. There was so much more to come, my friend. I know we'd have played together again.