About Contact Us ROC Jazz Artist Sites Info for Musicians & Venues Buy a T-Shirt!
MIA on Day 7 of the jazz festival in Rochester, but still there in spirit...
All good things must come to an end ... Last night at the 2009 XRIJF

Hangin' with @40,000 of my closest friends ... Day 8 at the Xerox Rochester International Jazz Festival 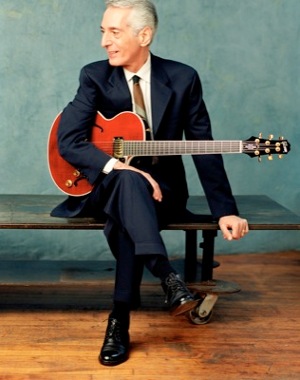 Friday night at the Xerox Rochester Jazz Festival was about crowds and moving through a wide spectrum of music. According to the D&C, the folks at XRIJF believed that there was perhaps 40,000 happy music listeners milling around the East End to hear the free shows on East Avenue and the great music still going on in the Club Pass venues (and of course, Taj Mahal with Susan Tedeschi in Eastman).

The evening started out for me at 4:30, getting in line for guitarist Pat Martino's 6:00 pm appearance in Kilbourn Hall with Hammond B3 organ player Tony Monaco and young Jason Brown on drums. After brain surgery in 1980 for aneurysms, Martino lost his memory, including how to play the guitar and so much more (he almost didn't recognize his parents). He studied his own recordings and used other technology to help reverse this memory loss and relearn the guitar before starting to record again in 1987. Last night's incredible performance drove home how hard that road back must have been. He showed amazing technical skill, moving through pieces at lightning speed, but also played with a lot of emotion and would take chords and notes in different directions than I was expecting. I think that half the guitarists in Rochester were in that performance, just soaking up the sounds coming out of Martino's fingers. Monaco's seemed to be having a great time as he mouthed, ran and growled his way through solos and comping behind Martino, using those two Leslie boxes on the stage to their fullest effect. Brown held down the grooves well and had some spot on short solo runs.

After leaving Martino, I looked for my lost Downbeat hat (my favorite) over at the Eastman and jazz fest office lost and found, but it seems to have found a new head to perch itself on. I went over to meet my wife, who was coming in to see Susan Tedeschi and Taj Mahal. She never made it in as she didn't give herself enough time to get through the huge mess that the East End became around 7:00 pm as the free concerts began. She found no place to park and finally gave up. I ducked into Eastman Theater and heard a bit of Tedeschi's set. She's a great blues rocker, but I'd heard her several times before and moved on since my wife wasn't there to share it with me. Headed over to Christ Church to catch a bit of UK singer Norma Winstone. I'm afraid I just wasn't into the singers this year and only made it for a couple of songs before heading out again.

Next stop was a quick trip to the tent to catch up with some friends. When I entered, Dwayne Dopsie and the Zydeco Hellraisers were playing at full tilt with the washboard player nearly knocking himself over (he was pretty thin...) with those two spoons and Dopsie just pounding the keys of his accordion. Everyone was on their feet in front and having a big party.

Back over to Eastman where the crowd was heading back in for Taj Mahal. While I've seen gigs by some of the great blues artists (Muddy Waters, Junior Wells, Pinetop Perkins and others in the 80s and 90s in Chicago), I wish I had a seat for this show (on sold out shows my media access gets me in the door, but the seats are for paying bums...in the UK sense). Taj Mahal is the real deal and the first part of his set was fantastic. He came with just a bass player and drummer, but that's all he needed as he made that guitar sing. However, even if I had a seat, I'm not sure I would have felt like sitting it (I was kind of restless last night). So after four or five songs, I moved on....

Ended up the evening at the State Street Bar & Grill at the Rochester Plaza hotel for the after hours. Took the bus down there from Jazz Street. My friends had preceded me and secured a table in the outside patio. Much more comfortable than inside and a prime perch for watching the proceedings going on as artists and others arrived. They've set up a projection screen for the live video of the band inside and a pretty good sound system, so we could watch and hear the jam session inside (when it got crowded, you can't even hear inside, so in some ways it was better). We just sat and laughed and had a few beers as we wound down from the day.

For more, I'll point you toward stories and posts in the Democrat & Chronicle, City Newspaper, and any blogs or other sources I can find: