About Contact Us ROC Jazz Artist Sites Info for Musicians & Venues JazzRochester Merch
Live Shots: Jazz at Lincoln Center Orchestra with Wynton Marsalis
Jazz Around Town: Amidst all the karaoke and DJs, there IS live jazz out there 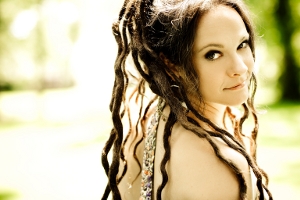 On April 2, 2010, the Exodus to Jazz series will be bringing back vocalist Annie Sellick to Rochester. She previously appeared on the Exodus to Jazz stage in September 2007. An engaging singer from Nashville, Sellick is touring her fifth CD Street of Dreams, which has been moving up the JazzWeek charts.  Street of Dreams has Sellick backed up by Gerald Clayton, who contributed some arrangements, and the rhythm section from the Clayton-Hamilton Jazz Orchestra, with Jeff Hamilton on drums, pianist Tamir Hendelman (who has also appeared as a leader on the ETJ stage), and bassist Christoph Luty. Sellick will be appearing here with Rob Allgeyer on piano, Elisa Pruitt on bass, and Justin Varnes on drums.

Listen to a couple of cuts from Sellick's new CD or watch her with Gerald Clayton and others on YouTube. Here's Sellick's MySpace page as well, which has some more of her music.

Come out and check out Exodus to Jazz if you haven't before. Jose DaCosta, the man behind ETJ is doing what he can to keep jazz alive in downtown Rochester.