About Contact Us ROC Jazz Artist Sites Info for Musicians & Venues Buy a T-Shirt!
Live Shots: Lynne Arriale Quartet at Exodus To Jazz
Jazz Around Town: Your live jazz listings for the next 7 days 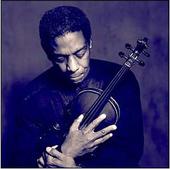 We were all saddened to learn that jazz violinist Billy Bang, who has appeared in Rochester multiple times over the past years, both at the Xerox Rochester International Jazz Festival and otherwise, has died after fighting lung cancer. Bang was known for his deeply expressive music that mined his experience in combat during the Vietnam War and the exceptional bands and musicianship he brought with him when he appeared here.

Bang, who was 63, was to perform on the jazz festival’s opening day on June 10th. It would have been his fourth appearance at the RIJF, having performed here in 2004, 2006 and 2009. Festiaval producers John Nugent and Marc Iacona expressed their deep sadness on Bang’s passing. “Billy was extremely well liked in Rochester and had an exceptionally loyal following,” said Nugent. “We were so looking forward to welcoming him back to the festival. His unique artistry and talent will be missed by us and the jazz world. We extend our condolences to his many friends and family. May he rest in peace.” The festival has indicated that an updated schedule to replace Bang's appearance at the Xerox Auditorium this year will be announced soon. There are profiles by Ron Netsky in City and by Jeff Spevak in the D&C.