About Contact Us Join Our Email List ROC Jazz Artists Info for Musicians & Venues Livestreams
It IS about who you don't know on June 15th of the Xerox Rochester International Jazz Festival (well mostly...)
Picks for the rest of the XRIJF before I run out of time...

Finding my way through Thursday, June 16th at the XRIJF 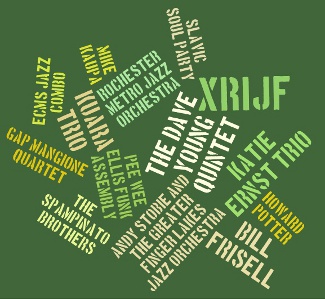 I'm running out of time on these posts so the next one may take us on in to home plate for he XRIJF on Saturday, June 18th. Hope you don't mind, but the day job is calling and there's so much more to do to prepare for the marathon that is my jazz festival.

My Thursday of the XRIJF finds me starting out with an artist who has returned to Rochester quite a few times and ends with one who is about to leave Rochester, with some Finns, a Norwegian and Canadians in between to get my international jazz thing on.

The links below on the artists' name in bold will take you to the artist's page on the XRIJF site. I've mined a few sources and video (in addition to those on the XRIJF site) from the Interwebs to help you decide whether you want to join me (figuratively, that is...) on my walkabout on Thursday, June 16th at the Xerox Rochester International Jazz Festival:

My wife Dianna has a ticket to see k.d. lang and The Siss Boom Bang in the Big House.  I've liked k.d. Lang's music for a long time (in fact, the only CD that both my wife and I both had when we met in 2002 was Ingenue), so may step in for awhile to listen if I can. Others who I'd lke to hear, but it looks like will not be able to work in are the NRBQ survivors The Spampinato Brothers at Abilene, the "architect" of James Brown's sound and former Rochesterian Pee Wee Ellis with his Funk Assembly at Harro East, and Slavic Soul Party!.

As Jazz@Rochester exists to highlight the great jazz talent we have living and working in and around Rochester (you can find links to many of their sites on my Rochester Jazz Artists page and hear many of them throughout the year), I'm highlighting the local artists appearing on stages each night. Here are the ones for Tuesday, June 16th:

Let me know what you're going out so hear on the 16th in the comments, or on the Jazz@Rochester on Twitter or Facebook.