From many of my picks so far you may have begun thinking that my ears have no place for straightahead—au contraire—my ears just like a wide variety of jazz and other music and that's precisely what is presented at the XRIJF. I love jazz trio music and pianist Benny Green is one of its masters. Green has been hailed as one of the most exciting, hard-swinging, hard-bop, pianist to ever emerge from Art Blakey’s Jazz Messengers. A student of the history of Jazz piano, the Green mentions Erroll Garner, Ahmad Jamal, Phineas Newborn, Bud Powell and Oscar Peterson as some of his main influences. 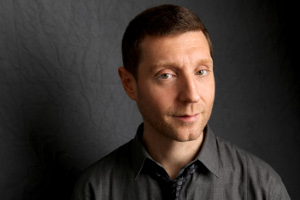 Photo Credit: Tom Haynes
Born in New York in 1963, Benny Green grew up in Berkeley, California, and began classical piano studies at the age of seven. Influenced by his father, a tenor saxophonist, his attention soon turned to jazz. As a teenager he worked with Eddie Henderson and experience with a big band in a 12-piece group led by Chuck Israels. After graduation and some freelancing in the Bay Area for a year, Green moved to New York in the spring of 1982, where he met pianist Walter Bishop Jr. After a short stint with Bobby Watson, Green worked with Betty Carter between 1983 and 1987. Afterwards, at the age of twenty-four, Benny Green he joined Art Blakey's Jazz Messengers band. He remained a Jazz Messenger through late 1989, at which point he began working with Freddie Hubbard's quintet. In 1993 Oscar Peterson chose Benny as the first recipient of the City of Toronto's Glen Gould International Protégé Prize in Music. That year, Green replaced Gene Harris in Ray Brown's Trio, working with the veteran bass player until 1997. From 1997 on, Benny resumed his freelance career, leading his own trios, accompanying singers like Diana Krall, and concentrating on solo piano performances.

Benny Green has recorded 10 albums and appeared on a guest performer on over one 100 recordings. In 2011, Green released a Trio album, Source

(affiliate link), with Kenny and Peter Washington, his first recording with a trio in 10 years. The year 2011 also marked the premier tour of a long developed project, Monk's Dream: Fifty Years Fresh, paying homage to the legacy and the man that is his first and most significant musical hero, Thelonious Sphere Monk.  He's set to release a new CD Magic Beans soon.

In addition to his page on the AMS label, Benny Green has a Facebook page that you might want to check out.  Listen to the Benny Green Trio on NPR station WGBO's JazzSet presenting Monk's Dream: Fifty Years Fresh' In Concert. Watch the Benny Green live at Yoshi's Oakland with Peter Washington and Kenny Washington on May 28, 2010:

There is a video of what appears to be a whole gig for German television, although it appears to be from awhile ago (based on the mustache, the mid-1990s?) and in the comments identifies Green's bandmates as Carl Allen on﻿ drums and Ben Wolfe on bass (Wolfe comments himself saying it was a special date):

Check out my other picks for the 2012 XRIJF as they come out on the blog or by clicking on the “XRIJF Picks” Category in the middle column. Join (or start) the conversation on the Jazz@Rochester Facebook page or on Twitter. Use the hashtag #XRIJF so others can follow your tweets. I've also created a Twitter list of jazz artists/groups appearing at this year's XRIJF (there's a feed in the middle panel).