About Contact Us Join Our Email List ROC Jazz Artists Musicians & Venue Info Livestreams
Jazz@Rochester Picks for XRIJF 2012: Gregoire Maret Quintet
Jazz Around Town: And you thought it would be another XRIJF artist post?

Karrin Allyson was actually one of the first jazz artists from out of town who I saw perform after moving to Rochester, appearing at Woodcliff out in Victor when that venue still was bringing in national acts (or was the best place to stay while the artists made their way to points East or West, and the stopped for a couple spa days and some gigs). I've seen her several times since, including at least once at the jazz festival. Like some others picks this year I may not actually go hear Karrin Allyson, but she is a major talent who, if you haven't heard her before, should be on your list. She doesn't just stand in front and sing, she's out front on piano. Like the quote from Don Heckman in the Los Angeles Times, Allyson has "been described as a 'musician's musician,' and for once the overused term actually makes sense—a complete performance by a complete artist—one of the jazz world's finest." 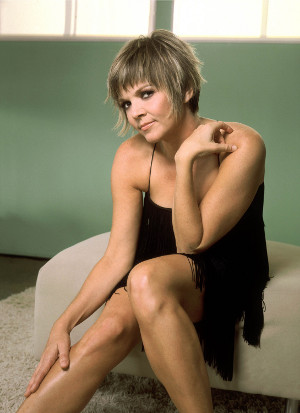 Last year Karrin Allyson, who has been nominated for multiple Grammy awards, released her thirteenth album on Concord Jazz, Round Midnight, since her 1992 debut. On her albums (and in her concerts, Allyson moves easily from the Great American Songbook through bebop and into the sounds of Brazil, pop and beyond. Her sophistication and chops as a musician shine through when her and the great musicians who usually accompany collaborate on each song.

You can listen to some of Karrin Allyson's music on her site and on MySpace. Here's Allyson performing Moanin' filmed in celebration of Concord Records' 30th anniversary, Voices of Concord Jazz - Montreux Jazz Festival - Live at Montreux, July﻿ 2003:

Here's her take on Charlie Chaplin's Smile as a guest on NPR's KPLU:

You can check out my other picks for the 2012 XRIJF as they come out on the blog or by clicking on the “XRIJF Picks” Category in the middle column (or the link in this sentence).