About Contact Us Join Our Email List ROC Jazz Artists Info for Musicians & Venues Livestreams
Jazz Around Town: As the countdown to XRIJF goes on, the jazz continues ....
Jazz@Rochester Picks for XRIJF 2012: Sunna Gunnlaugs Trio

Yes, I am beginning to see a pattern here, too ... this being the third trumpeter (although Payton is really much more than that, on his most recent album Bitches, he plays all the instruments... and sings). There seems to be a lot horn men playing this year who I want to catch and they are each very individual players.  After tonight, I swear I'll move on to something that doesn't include a trumpet. 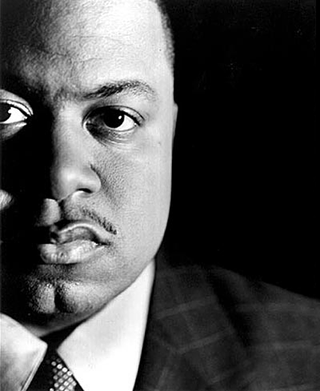 Nicholas Payton has been playing and touring since he was twelve, making his major label debut on Verve with From This Moment On in 1994. He has toured with Clark Terry, Marcus Roberts, Ray Brown, Elvin Jones, and Roy Haynes and scores more. He does not like to be pinned down into a particular musical genre and has performed and recorded with R&B and hip-hop musicians. Payton is credited on well over 120 recordings as a composer, arranger, special guest or sideman. He is a multi-instrumentalist, although trumpet is his main axe, he may also play some Fender Rhodes here.

In addition to being one of the best with a horn out there, Payton says in reference to both his music and his life outside of it that he feels he has finally "arrived":

most solidly in a place where I'm coming to terms with who I am. I've weeded out those things that don't feel right for me. I'm not out to try to impress and I'm not worried that what I play is going to upset some people. I want to write and play music that speaks for me and means something to me and that I feel passionate about.

His music, including his most recent, is a reflection of that journey, but is always rooted in the tradition and New Orleans ground from which he grew.  Payton is a man with opinions and his expressions of those opinions in his blog and on Twitter have created a lot of controversy in bringing issues relating race and jazz music and audiences into a stark light. If you want to hear more about Payton's thoughts about his music, jazz and (his preferred term) Black American Music, I suggest you check out his conversation with Jason Crane on The Jazz Session about his music and a very interesting conversation with Willard Jenkins at 2012 Mid-Atlantic Jazz Festival to really hear what he's saying (rather than focusing on those who are reacting to him). He's speaking his truth and I for one respect him for it.

Here's another festival date of the SeXXXtet at Rio das Ostras in 2011:

And here with Bag's Groove on a TV appearance overseas: