Every year one or more of the old lions of jazz comes to XRIJF and for those of us who have listened to these giants of the bebop era and before for years, hearing them live is usually on the bucket list, as it will be this year on mine. However, from what I hear and read Roy Haynes is not going quietly into his elder years (how could any drummer do that...) and remains very active and a powerful drummer.

Haynes is one of the most recorded drummers in jazz with a career spanning across over 60 years. He has played in a wide range of styles ranging from swing and bebop to jazz fusion and avant-garde. 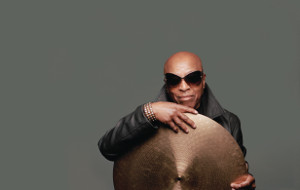 He has an expressive, personal style that is voiced in the "Snap Crackle" nickname given him in the 50s. Roy Haynes has worked with jazz goliaths like Charlie Parker, Lester Young, Thelonious Monk, Sarah Vaughn, Sonny Rollins, John Coltrane, Miles Davis, Chick Corea, Pat Metheny and countless others. In recent years, Haynes has also played with popular rock acts such as The Rolling Stones, The Allman Brothers Band, and Phish. Haynes is an NEA Jazz Master and a sharp dresser, being named one of Esquire’s Best Dressed Men in America at one point.  The Fountain of Youth Band is a group of young 20-something musicians, usually including Jaleel Shaw on saxophone, David﻿ Wong on bass, and Martin Bejerano on keys.

Check out my other picks for 2012 XRIJF as they come out on the blog or by clicking on the “XRIJF Picks” Category in the middle column.