Get jazzed at the 2016 Rochester Music Hall of Fame induction ceremony!

The Rochester Music Hall of Hame celebrated its first inductees in 2012, recognizing those with ties to Rochester whose talents, efforts, perseverance, and creativity have contributed to the creation of musical excellence. Every year new members are honored through ceremony and celebration and their achievements memorialized to promote an appreciation for the Greater Rochester area’s rich and diverse musical history and culture. Among the class of inductees for 2016 are two musicians who are well-known to Rochester jazz fans: Pee Wee Ellis and Joe Locke. 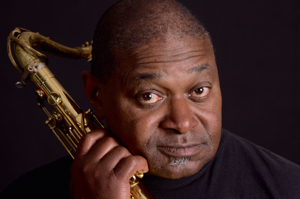 Alfred “Pee Wee” Ellis is an acclaimed saxophonist and composer who was the architect of James Brown’s era-defining soul classics of the late 1960s, introducing the dynamic arrangements and rhythm that would define the emerging language of funk. Ellis is considered the inventor of “funk jazz” and together with Brown is credited with giving birth to funk, melding together his jazz influences with Brown’s R&B roots. Born in Florida, Ellis’s family moved to Rochester when he was a teenage, studied at Madison High School and collaborated with fellow fledgling jazz musicians (and past RMHF inductees) Chuck Mangione and Ron Carter. He was given the nickname “Pee Wee” by older jazz musicians he jammed with. At age 24, he began working with James Brown and was his bandleader from 1965 to 1969. With Brown, Ellis co-wrote and arranged several songs including “Cold Sweat,” “Licking Stick,” “Mother Popcorn,” and “Say It Loud, I’m Black and I’m Proud.” He also performs on many of Brown’s most notable recordings. Other artists Ellis has worked with and composed and arranged for include George Benson, saxophonist Dave Liebman, and rockers Aerosmith, and Van Morrison. Today Ellis lives in the UK where he leads his band The Pee Wee Ellis Assembly, is writing his autobiography, and is developing a project chronicling the history and impact of funk on popular music and culture. Pee Wee Ellis will perform jazz alongside bassist and 2016 Grammy winner Christian McBride and will also be joined by Maceo Parker and Fred Wesley, who together with Ellis were the magic behind the famed James Brown horn section, to perform some of the hits Ellis co-wrote with Brown. 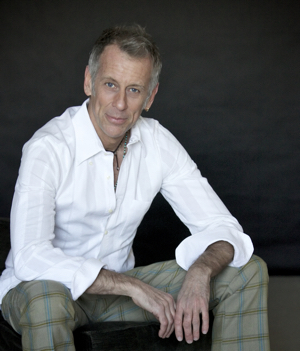 Joe Locke is a jazz vibraphonist with an international reputation as one of the major voices of his instrument. He is very familiar to Rochester jazz audiences and has returned repeatedly over the past years to play at the Rochster International Jazz Festival and elsewhere. Locke has more than 30 recordings to his credit and has performed with a diverse range of musicians, including Grover Washington Jr., Cecil Taylor, Dianne Reeves, Ron Carter, The Beastie Boys, and the Münster Symphony Orchestra. He has mastered an instrument that has catapulted only a handful of players to the forefront of modern jazz. In fact, the Times of London has noted that Locke is “set to become the pre-eminent vibraphonist in jazz” and the Penguin Encyclopedia of Jazz states that “[i]n the select group of contemporary vibes players, Locke has claims to head the list.” He is an Honorary Associate of the Royal Academy of Music in London, where he holds the position of International Vibraphone Consultant. Locke’s latest album, Love is a Pendulum, which he brought to Kilbourn Hall at last year's festival, was featured in a number of “Best of 2015” lists, including those of DownBeat Magazine, Jazz Times, and that of critic Jack Garner in the Democrat and Chronicle. Locke’s family moved to Rochester from California when he was young. While he is a self-taught improviser, he mastered his craft while in high school, studying classical percussion and composition at the Eastman School of Music. Joe Locke will perform two songs from his repertoire, backed by members of Prime Time Funk and featuring vocalist Tessa Souter.

The 5th Annual Induction Ceremony of the Rochester Music Hall of Fame will take place at 7:00 p.m. on Sunday, April 24th at Kodak Hall at Eastman Theatre. Tickets are on sale at the Eastman Theatre box office or at (585) 454-2100 or online. Tickets are priced at $35 to $60, with specially priced $20 seats for students and educators. More ticket information is online on the RMHOF website. The first four ceremonies have drawn near sell-out crowds to Kodak Hall at the Eastman Theatre, so get them soon. Hope to see you there!