A noted passing ... some words on Tom Hampson 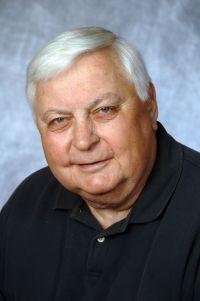 I wanted to note the passing of one of the voices and long time advocates for the Rochester jazz community, Tom Hampson, who died this week at the age of 87.  While I was acquainted with Tom and listened to his WXXI Jazz from the Cellar program from time to time, I never had an opportunity to get to know him so don't feel qualified to say much more. Instead, I've gathered a few thoughts from local jazz musicians who knew him much better:

You can also read (or listen) about Tom here on WXXI's website.

I encourage others in the jazz community who knew Tom to share their memories of Tom and jazz in Rochester in the comments to this post. Our hearts go out to his family and friends. Given what I've been through for the past six months that I've mentioned in previous posts, you know mine does.