About Contact Us ROC Jazz Artist Sites Info for Musicians & Venues JazzRochester Merch
A “draft” plan for 2017’s XRIJF … Oh the music I’ll hear!
A variety of great music on the first night of XRIJF 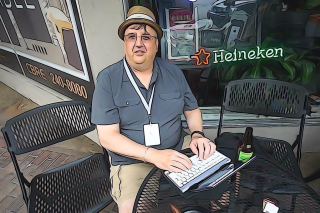 As I pointed out in a post in early June, during the 2017 XRIJF I intend to focus as I have in more recent years on hearing the music, sharing the great coverage that others are doing and trying to make connections between the artists and festival goers. I’m also going to focus on doing what I can during the XRIJF to raise awareness of JazzRochester and what it does throughout the other 356 days of the year to get people out to hear the great live jazz in and around Rochester.  Where?

Hope to see you on Jazz Street or at one of the Club Pass venues! Enjoy XRIJF 2017!