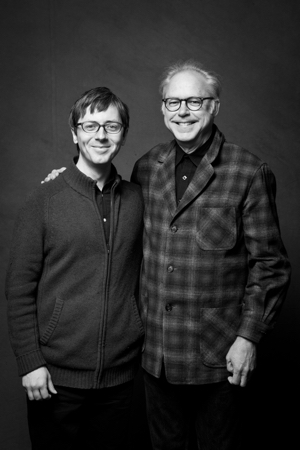 Bill Frisell and his guitars have been to the Rochester International Jazz Festival six times since his first appearance in 2003 (most recently in 2014). Often this would be a reason for me to not go hear an artist at XRIJF, but with Frisell it’s different. Every time Frisell appears he brings something completely unique to the Rochester jazz festival audience. This time he brings his duo project on the ECM label with NYC bassist Thomas Morgan, Small Town (affiliate link). A review in the UK’s Guardian, describes the new album as a “wistful, mesmerizing set… recorded at New York’s Village Vanguard (with only the odd creak and clink departing from ECM’s legendary audio standards), this latest slice of Frisellian Americana includes the Carter Family’s country song Wildwood Flower, Fats Domino’s New Orleans rocker What a Party, Lee Konitz’ sly cool-bop swinger Subconscious-Lee, and even an affectionate and tonally ingenious detour into Goldfinger.” As Spin notes “Bill Frisell is the Clark Kent of the electric guitar. Soft-spoken and self-effacing in conversation, he apparently breathes in lungfuls of raw fire when he straps on his (guitar)…His music is not what is typically called jazz, though it turns on improvisation; it’s not rock’n roll; and it sure ain’t that tired dinosaur called fusion.” And a AllAboutJazz.com review in describing Thomas Morgan’s playing says “[i]f there’s any single precedent for Morgan, it would have to be the late Charlie Haden—a bassist who, like Morgan, was capable of playing in any musical context, while always favouring the one perfectly right note over an unnecessary many.” In the intimate and nearly acoustically perfect Kilbourn Hall, this duo should shimmer.