About Contact Us Join Our Email List ROC Jazz Artists Info for Musicians & Venues Livestreams
There is more jazz in June than XRIJF... Live jazz outside of the festival, June 21st to 27th
The XRIJF starts tonight and JazzRochester will be there... let the music begin! 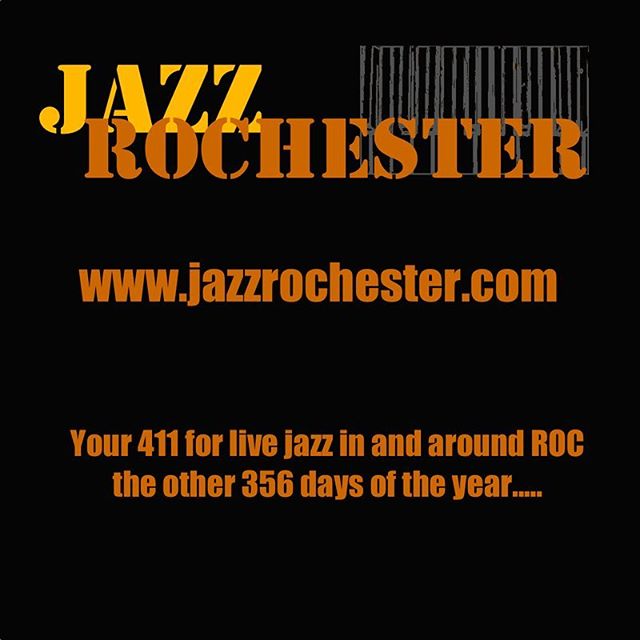 Every year, I make a “grand plan” for JazzRochester's coverage of the Xerox Rochester International Jazz Festival. Most years, the amount of time I have to implement these plans falls short of my grand plan. While this summer at least I’m in town for it (see 2016), and I plan on the usual crazy nine days of music, liquid refreshment, street food, etc., the combination of being a new homeowner (and learning what that means… just had the AC go out) and an unanticipated uptick on the attention I’ll have to give my day job during the festival are conspiring to undermine my plans even more. So much for my “grand plan”….

In some ways, my worries of not meeting expectations are really just a reflection of the knowledge of what I wanted to do compared to the reality of what I can do with the time I have given my “real” life. Over the 10+ years that I’ve been doing JazzRochester, and covering the jazz festival in these pages, the success of the festival has changed my relationship with it. When I started this blog, there was not very much coverage of the Rochester jazz festival in the major media in Rochester and the traffic to JazzRochester would triple or better during the festival. Now, the media market is saturated with coverage and my little old JazzRochester blog is just another voice among the many news and other outlets that have much louder "voices." My traffic actually goes down during XRIJF! While I would hope to gain new readers, the reduction in traffic is fine with me; it shows the success of the festival, and I hope that success may translate into an expanded audience for live jazz in and around during the other 356 days of the year (in fact, that has become my catch phrase as you see by the image accompanying this post). And this blog is mostly about the 356 days of the year.

So, what can you expect from JazzRochester during the nine days of the XRIJF? Here’s what I plan to do:

I hope that you will let people know about JazzRochester during the festival, so more people who are discovering the wonderful music at XRIJF and especially that played by the many local artists and bands and musicians who will be participating this year, are also hip to where to find the most complete listings for live jazz during the rest of the year. Tell your friends; tell people you’re standing next to in line!