About Contact Us Join Our Email List ROC Jazz Artists Info for Musicians & Venues Livestreams
The second night of XRIJF ... a night that almost wasn't (at least for me...), but happy it was!
XRIJF Day 4: Where were you, JazzRochester? 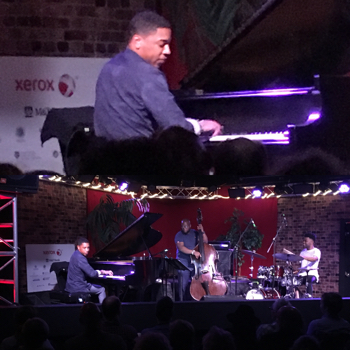 Over the years, I've developed what I've come to call "A Kilbourn night," which means that I start out in Kilbourn Hall and that sets up the rest of the night pretty well.  Usually, I leave Kilbourn and go over to the Nordic/Euro Jazz Now series at the Lutheran Church, then catch some of the Made in the UK Series before heading over to the Montage or Max's at Eastman Place to end the evening.  With one slight change to give some support to my friends in Paradigm Shift in a long-awaited return to XRIJF, that was last night's pattern.  Another very satisfying night of music was the result.  Here's my notes on what I heard:

Tonight, I'm afraid, I have to sit out the XRIJF.  I'm not feeling well and think it better that I rest these old bones than come down for my usual night of music and over-indulgence.  I'll be on the interwebs, though, and share what I find on Twitter, etc., but tomorrow's post will be just the picks for Tuesday.  If I had come out, I was looking forward to:

If I could have worked out the schedule, I might also get over to hear Moon Hooch at the Montage. I'd also recommend Joe Farnsworth Quartet featuring Eric Alexander. I saw them at the Jazz Showcase in Chicago when I was there on business in April. 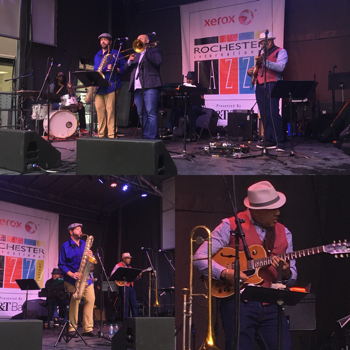