Eight for eight so far... another diverse journey for JazzRochester's ears on the 2d night of the RIJF

At least for my ears, the first two nights of music at the Rochester International Jazz Festival have been just right and a thoroughly satisfying musical, eight artists/groups with distinctly different musical journeys as I walked (and later limped as my knee started yelling at me...) from venue to venue.  The second night's highlights were: 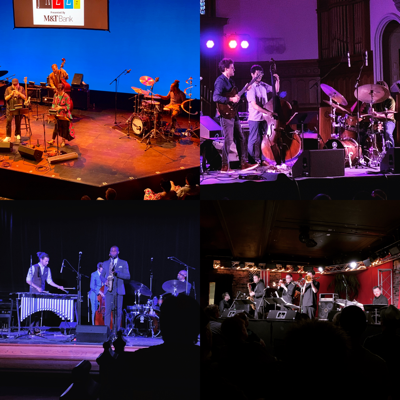 Given my increasing knee pain and timing, I think I'm going to miss Over the Rhine.