About Contact Us Join Our Email List ROC Jazz Artists Info for Musicians & Venues Livestreams
Eight for eight so far... another diverse journey for JazzRochester's ears on the 2d night of the RIJF
From "weapons of mass percussion" to a trio of trios, the 4th night of the RIJF brought the goods

And on the 3rd Night of the Rochester International Jazz Fest, we went off the (previously mapped) path...

On Sunday night there were some changes to my prescribed movements though the music at the CGI Rochester International Jazz Festival, which resulted in some discovery and, as with the first two nights, a great night of music.  After my knees decided a walk to Geva and back was not a great idea, here's the path I took: 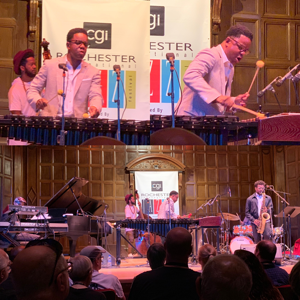 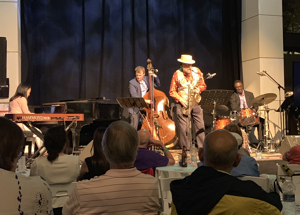 Now we start the march through the week toward the final two days of crazy crowds and exhausted ears.  Although my ears are fine, the rest of my body may need some rest soon, so the schedule that follows is, shall we say, "fluid":