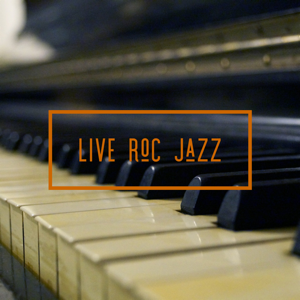 Throwing caution to the wind, I've decided to reboot the listings post! Rochester and our neck of the woods is opening up and restrictions are being dropped. There are early signs of more live jazz on the horizon and I wanted to get back in the groove of weekly posts. However, while it appears I may have started a bit early based on the empty dates below, I'm filling that out with the longer "Heads Up" portion of the post, which I've adapted to give our local jazz musicians as much coverage as possible once they have a gig scheduled (and let me know about it).  This is going to be a work in progress so bear with me.

If you hear about something that I haven't added below, please drop me a line (using the Contact Us link above or otherwise), give me the details, and I'll try to add it to the post.

As part of the small efforts I can contribute to rebuilding a community around live jazz in Rochester as the pandemic (hopefully) recedes and we all begin to get back out in the world, I’ve started publishing a series of posts introducing or re-introducing the musicians and bands who perform live jazz and improvisational music in and around Rochester area. This is the second post in this series. You can find other posts in this series in the Local Artists category. 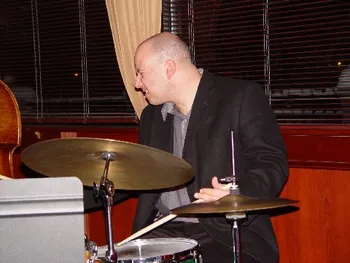 Drummer Mike Melito, a Rochester native, was born into drums and jazz music. He comes from a very musical family. His late father Chris, turned him and his two brothers on to jazz by playing records of Charlie Parker, Miles Davis and Dizzy Gillespie to name a few. Mike started playing at age 4 with the help of his older brother Tom, who is also a drummer and seasoned NYC veteran. Tom guided him for many years through his childhood.

Mike started private lessons with former RPO percussionist John McNeill in 5th grade and continued through 11th grade. During that time he started his professional career at age 16 playing with vibraphonist Joe Locke at Foggy’s Notion, a club that was around in the 80’s. The late, great saxophonist Joe Romano was in the house that night and heard Mike and hired him immediately for a two month weekend stint at Lloyds on Alexander Street, a club that lasted into the early 90’s. Work snowballed for Mike after that and he began working with many other musicians around Rochester, and would travel to Syracuse and Utica to play with upstate jazz legends JR Monterose and Sal Amico. Mike would go on to lead his own groups, along with freelancing all over the country, which he still does today. Over the years, Mike has worked with legends such as James Moody, Benny Golson, Barry Harris and Junior Mance. He has also worked with Pat Labarbera, Ken Peplowski, Vincent Herring, Eric Alexander, Peter Bernstein, Gary Smulyan, Harry Allen, Jerry Weldon, Steve Davis, David Hazeltine and many others. 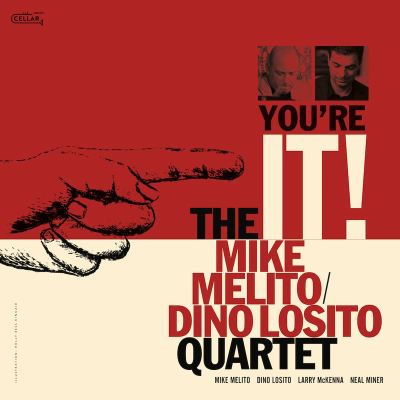 Mike has six CD’s under his own name and is on over twenty more as a sideman. His latest release is a co-led project with pianist Dino Losito called You’re It on the Cellar jazz label. It was recorded just before the pandemic hit and continues to get a lot of favorable reviews and airplay all over the world.

Mike feels the jazz scene in Rochester has lost some venues during his career and the clubs aren’t what they used to be. He has, however, has been the main house drummer for the Rochester International Jazz Festival since it’s inception and feels the jazz festival has led and keeps leading to more opportunities for jazz gigs in and around Rochester. The pandemic hit the world music scene hard, but Mike has always had a large private teaching practice here in Rochester and he moved to teaching remotely during the pandemic to sustain him. He is hopeful as things open up and people start coming back out that this will help the jazz music scene here get stronger as people will be starved for live music. During the pandemic, clubs around the world would offer streaming with groups playing in clubs with no people, sometimes for free or for donations. Clubs such as Smalls and the Village Vanguard in NYC have done this, which has helped keep some musicians working as well as offering live music on the internet to watch and listen.

Want to catch Mike playing live? He will be leading a band at the Penthouse at One East Avenue’s Wine Down Wednesday, with guitarists Bob Sneider and Mike Kelly, along with bassist Dan Vitale on June 16th from 6:00 pm till 9:00 pm. Click here for more information or to purchase a ticket. His Quartet is also playing tomorrow at the North Stage at Fairport Canal Days at 11:30 am.

Jazz at Fairport Canal Days returns, but you have to act fast.... it's this weekend 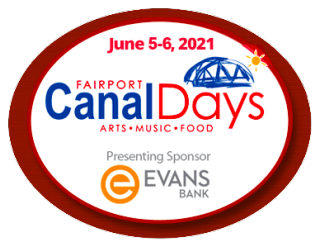 Fairport's Canal Days, which always has quite a lot of jazz in its music lineup is back this weekend, June 5th & 6th from 10:00 am to 5:00 pm. They are celebrating their 44th year of this two day, early summer arts and music festival. Here's the (mostly) jazz during FCD:

While the pandemic is fading, the virus is still out there and only about half of us are vaccinated, so FCD has some COVID modifications.