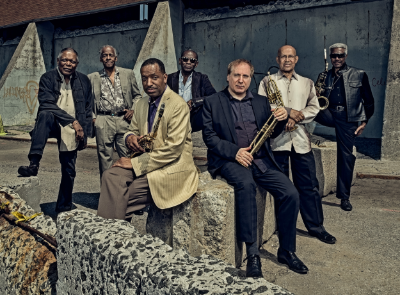 Yes, me and my alter ego JazzRochester, along with some good friends from out of town, will be hitting the 2022 CGI Rochester International Jazz Festival, coming June 17th through the 25th. All 9 days, baby! I'm going to try to put out some relatively short posts on my choices for this year's RIJF. While there are few "bucket list" concerts this year, that's not a bad thing in my book.  I've seen plenty of bucket list jazz artists and groups over the years of attending the festival (and elsewhere).  I keep going back to Music Producer John Nugent's oft repeated adage . . . "It's not who you know, it's who you don't know." It's that possibility of discovery that often makes this festival for me.  While I do have some favorites, you will see me trying to stretch it a bit across the nine days.  So, my initial thoughts on the first night of the 2022 RIJF are:
As sh*t sometimes happens, I always try to have a few alternatives in my back pocket for the night, which on the first night might be the Lew Tabackin Trio, who will be appearing in the Wilder Room at 6:00 and 10:00 pm,  and jazz vocalist Tessa Souter, who will be appearing at the Glory House International Global Jazz Now Series (the former Lutheran Church of the Resurrection), at 7:30 and 9:30 pm. However, who knows, I may end up somewhere else altogether . . . .
I'll take a break to send out the local listings post tomorrow, but look for these fairly often over the next week.
This post was originally published on JazzRochester.